What does Christian Discipleship mean?

What does Christian Discipleship mean? 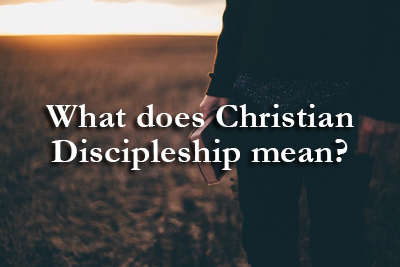 To understand what Christian Discipleship means, we need to look at the life of Jesus in the Gospels, we find that His priority here on earth was not just to preach, teach, and heal, although he did all these and more. First and foremost, Jesus concentrated on making disciples. These were ordinary people, many of whom had, to our eyes, questionable credentials, but Jesus knew what He was doing choosing the twelve who followed Him. That gives us hope today, because God mends the broken, and we can become His disciples, imperfect and scared as we are. 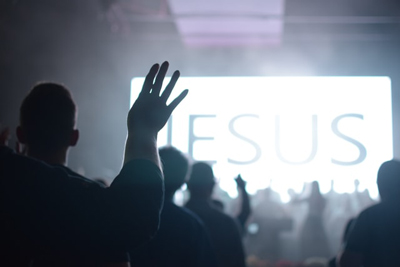 So how did Jesus make disciples when He was here on earth? Firstly, He called them and chose them as they responded to His call. Then, by His public preaching He showed His disciples what the message of the Kingdom was all about. And often afterwards He taught them privately in order to help them understand the true meaning of His messages. Not that they seemed to get it all at once, but after His resurrection and the Day of Pentecost when they were filled with the Holy Spirit they understood much more what Jesus had taught them and were empowered to preach the Gospel message and make disciples themselves.

What does disciple mean? 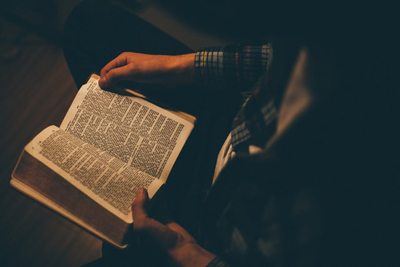 The word disciple literally means one who is a learner, someone who learns by use and practice. And so, Jesus did not just fill the heads of the disciples with academic knowledge but got them to do in practice what He was teaching them. They basically were apprentices learning to be His apostles by doing what they had seen Him doing.

Thirdly, Jesus demonstrated His teaching as He healed the sick, caused the lame to walk, and dealt the spiritual agents of the kingdom of darkness with authority. He SHOWED His disciples what they were to do as He sent them out as His apostles.

Fourthly, having demonstrated the message of the Gospel while He and the disciples were together, Jesus then sent the disciples out to preach and do what He did. You can check that out in Luke 10:1, and see their joy as they returned, that what He had taught them had WORKED! See Luke 10:17-20.

That is what the Growing Deep and Strong® Series is all about—to make disciples, as Jesus commanded in Matthew 28:19-20.

Making disciples must be our priority, too, because they will not only SEE and LEARN what the Christian life is all about through teaching and example, but they will be able to DO what they are learning, and in due time become those who, by their example and teaching, make disciples themselves. That is what transferable training is all about!

Having observed church life over the past, it seems that some have understood discipleship to be sitting in a group taking furious notes from a lecturer or teacher and then their notebook sits on the shelf for ever after. Some have thought that because they have HEARD it they have DONE it.

But that is not what discipleship is all about. The key is hearing AND doing, as Jesus taught in Matthew 7:24-27. Hearing alone is not sufficient. It is only the first part. The next part is to put into practice what has been heard. Without that, there is no true learning and certainly no true discipleship.

In the natural an apprentice learns from the master craftsman by hearing his instructions and also watching how he plies his trade, what tools he uses for what task, and how he handles the tools. And then the craftsman becomes a coach to the apprentice as he tackles the same task, guiding him by instruction and encouragement, which is a vitally important part of the learning process. 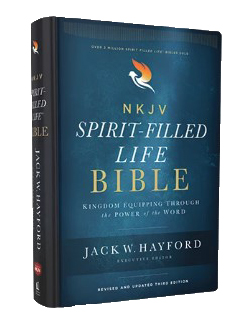 In the Growing Deep and Strong® Series the New NKJV Spirit Filled Life Study Bible is used with the aim of training the disciple in how to use this good tool for maximum benefit. The old saying is, “Give a person a good tool and show them how to use it, and it will last them for life”. I remember as a young person seeing at home a tool called The Stanley Universal Plane that my father had acquired to make wooden mouldings etc. as he had time. Time seemed to be too short for him and thought I may be able to use it. But after examining this wonderful tool, I replaced it into the cardboard box where it stayed, because I had no one to show me how to use it. A valuable lesson!

The Master Craftsman and his apprentice

Notice how the master craftsman has the role of coach to his apprentice. This is so valuable in learning the trade. So in the Growing Deep and Strong® Series, the new Christian, called a disciple, has a coach for caring oversight, training, encouragement to follow through with the practical part of the training, and review and feedback on the tasks that have been completed. That is why it is important for a coach to have completed Growing Deep and Strong before he/she becomes a coach. It is not just a matter of hearing, but the DOING bit is vitally important. As Jesus said in Matthew 7, “He who hears these words of Mine and DOES them…”