THE HOLY SPIRIT ACTIVITY IN THE OLD TESTAMENT

THE HOLY SPIRIT ACTIVITY IN THE OLD TESTAMENT 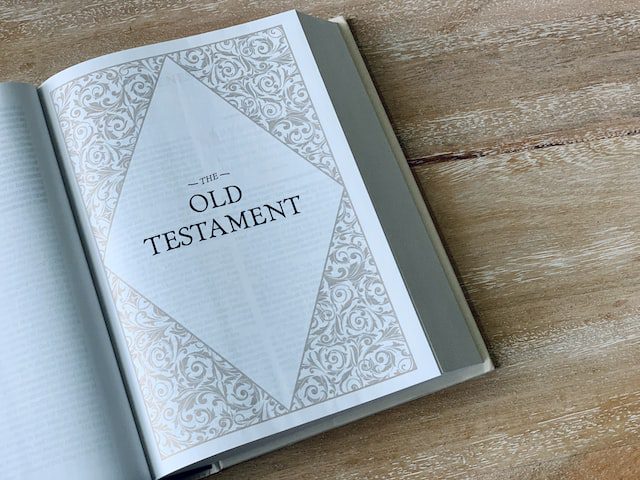 In Old Testament times the Holy Spirit was not available to all who believe, as He is today. He only came upon a few select people to empower them for specific purposes that God had for them.

Here are some examples of the Holy Spirit activity in the Old Testament.

The Holy Spirit was at work right in the beginning when the earth was created. He was hovering over the primeval waters.

Genesis 1:2 says,
The earth was empty, a formless mass cloaked in darkness. And the Spirit of God was hovering over its surface. NLT

When God spoke His creative word, the Holy Spirit took that word and brought what was spoken into existence.

of the Godhead, the Holy Spirit carries out the plans and purposes of God the Father.

Later in Genesis we read the story of Joseph. He was a young man who was sold into slavery by his jealous brothers and ended up in Egypt as the slave of a high official in the royal court.

Even as a slave, he was filled with the Holy Spirit, who gave him integrity and good success in everything he did. He was falsely accused by the official’s wife and thrown into prison for thirteen years in the prime of his life.

But even there, he was empowered by the Holy Spirit, and that was evident in his daily activities. While he was there in prison, he was summoned to interpret the dreams of the king of Egypt.

The Holy Spirit gave him such practical wisdom as he interpreted those dreams that even the Egyptian king had to acknowledge Joseph was completely different from everyone else he knew.

38 As they discussed who should be appointed for the job, Pharaoh said, “Who could do it better than Joseph? For he is a man who is obviously filled with the spirit of God.” 39 Turning to Joseph, Pharaoh said, “Since God has revealed the meaning of the dreams to you, you are the wisest man in the land! NLT

Pharaoh recognized that the Holy Spirit spoke to Joseph; He was the One who revealed the meaning of the dreams.

In Exodus we read that the 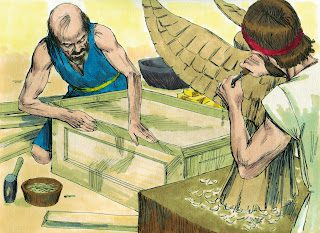 After Israel left Egypt, the Holy Spirit gave ability to Bezalel and those who were involved with him in making the Tabernacle of Moses, the place where Israel worshipped God. This Tabernacle was designed to display something of God’s glory to Israel in the very way it was built.

1 Then the Lord spoke to Moses, saying:
2 “See, I have called by name Bezalel the son of Uri, the son of Hur, of the tribe of Judah.
3 “And I have filled him with the Spirit of God, in wisdom, in understanding, in knowledge, and in all manner of workmanship,
4 “to design artistic works, to work in gold, in silver, in bronze,
5 “in cutting jewels for setting, in carving wood, and to work in all manner of workmanship.
6 “And I, indeed I, have appointed with him Aholiab the son of Ahisamach, of the tribe of Dan; and I have put wisdom in the hearts of all who are gifted artisans, that they may make all that I have commanded you. NLT

Even today the Holy Spirit wants to give us wisdom and understanding just like He gave Bezalel. God is interested in giving us ability to work at our daily occupation in the power of the Spirit. This is one way we can show others each day that God is real in our lives.

After the people of Israel left Egypt, Moses was facing the increasing difficulty of leading the nation in the wilderness. He needed help. So, the LORD gave him instructions about how to spread the load of leadership.

16 Then the Lord said to Moses, “Summon before me seventy of the leaders of Israel.
Bring them to the Tabernacle to stand there with you. 17 I will come down and talk to you there. I will take some of the Spirit that is upon you, and I will put the Spirit upon them also. They will bear the burden of the people along with you, so you will not have to carry it alone. NLT

The Holy Spirit empowered these seventy elders so that they could lead their people with the same care as Moses had and lead the nation according to God’s instructions.

When kings were commissioned in Old Testament Israel, they were anointed with oil, which indicated that the Holy Spirit would come upon them and empower them for leadership.

In 1 Samuel 16:13, we read that David was anointed with oil, and from that time the Holy Spirit came upon him. He became one of the greatest kings in Israel, because the Holy Spirit helped him to be an effective king.

Verse 13.13 So as David stood there among his brothers, Samuel took the olive oil he had brought and poured it on David’s head. And the Spirit of the Lord came mightily upon him from that day on. Then Samuel returned to Ramah. NLT

Seeing that the Holy Spirit is now available to all who believe in Jesus Christ, we can also rely on the anointing of His Spirit when we are called into a position of leadership, either in our daily occupation, or in the church.

In the book of Judges we read that the Holy Spirit came upon a leader of Israel called Samson, and enabled him to do things that were beyond his own strength to perform. This was to show that God was with him and with the nation as they trusted and obeyed God. 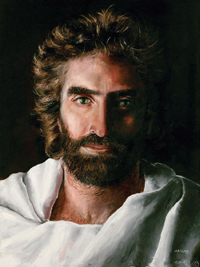 Then he said to me, “This is what the Lord says to Zerubbabel: It is not by force nor by strength, but by my Spirit, says the Lord Almighty. NLT

Zerubbabel, as the governor of Judah, was overseeing the rebuilding of the Temple, which had been destroyed around 600 BC. God told him to rely on the power of the Holy Spirit to see the work completed.

Zerubbabel’s authority or strength as the contractor was not the issue. The Holy Spirit was the One who provided everything that Zerubbabel needed to get the job done, and the same truth applies to us today.

The Holy Spirit makes available to us the power and authority of the Father and the Son. He enables all those who believe in Jesus to do things in His strength, rather than by their own human effort.